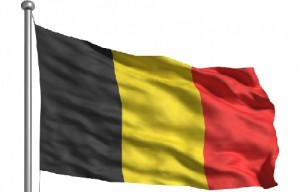 Belgium is located in Western Europe, credited as being one of the founding members of the European Union. Belgium is bordered to the west by France, Luxembourg to the south and Germany to the east. The Netherlands lie to the northeast. The northwest coastline of Belgium abuts the North Sea. Belgium today is divided into a variety of regions that include Flemish communities, French communities, and German speaking communities.

Belgian has a long history of invasions and occupations dating back to the Roman Empire and the Celts. Germanic Frankish tribes invaded the region in the fifth century, and throughout the centuries, Belgium has experienced a number of wars including the Eighty Years’ War, the French Revolutionary War, the Belgian Revolution, and of course, the invasion by German forces in 1914 and 1940 during the First and Second World Wars.  Following the Second World War, Belgian joined the North Atlantic Treaty Organization as a founding member. Since then, Belgium has been a founding member of numerous coalitions, peacekeeping endeavors, and a proponent of human rights.

Because of the diversity of her communities (Flemish to the north, French in Central, and German to the east), Belgium enjoys three major official languages: French, Dutch, and German. A large bulk of Belgians practice Roman Catholicism, but three official religions are recognized in the country and include Christianity, Islam, and Judaism.

Three primary geographical regions are found in Belgium: in the Southeast are found the Ardennes Uplands, while coastal plains are found in the northwest. The remainder interior or central portion of the country is mainly plateau. The climate in Belgium is relatively moderate with low winter temperatures of approximately 3°C (37°F). At the height of summer temperatures average 18°C (64°F).

Places and Cities to Visit

Belgian is a beautiful country filled with exciting places to see and things to do. When in Belgium, take advantage of a wide range of opportunities to enjoy everything the country has to offer.

The city of Brussels also offers a variety of beautiful architecture and attractions that include but are not limited to:

With over 154,000 km of roadways traversing Belgium, one of the best ways to see the country is by car. In Belgium, be aware that you have to be at least 21 years old to rent a car. You must also have had a valid driver’s license for at least one year. Some car rental agencies will charge a young driver surcharge for those under 25 years of age.

When renting a car and Belgian, also be aware that seat belt use by front and rear passengers is mandatory. Mandatory insurance coverage includes third-party liability and fire insurance, although you can obtain optional coverage with a collision damage waiver.  It’s also important to note that some car rental agencies mandate a fire extinguisher and a first aid kit be kept in all vehicles. Discuss requirements based on car rental agencies of your choice.

Compare types of vehicles and pricing as well as regulations through some of the most popular car hire services in Belgian that include: http://www.car-hire.net/belgium/car-hire.php and http://www.avis.co.uk/drive-avis/car-hire-locations/europe/belgium.

When driving in Belgian, obey the laws of the road. You drive on the right hand side of the road, but also take care to share the road, as many rural and urban roads are heavily traveled by bicycle riders.

Be a cautious and considerate driver. Slow down in adverse or low visibility weather conditions. When it comes to parking, blue zones for parking are popular throughout the country. In order to park in a blue zone you must have a blue parking disc which is to be placed on your dashboard when you park. Blue discs can be purchased at tobacco shops, police stations, and gas stations throughout the country.

Don’t drink and drive in Belgium. Blood alcohol limits of 0.5 % to 0.8% per milliliter of blood are quite strict and severe fines will be assessed if you’re caught driving above this limit. In Belgium, police are authorized to insist you pay an on-the-spot fine, which can usually be paid by cash, debit card, or credit card. Make sure you get an official receipt if you happen to be stopped and required to pay a fine.